This is a transcription direct from audio so………..

Please be kind if you’re the kind of person who likes grammar and gets cross when you don’t see it. This comes direct from the audio,

I wanted to just think out loud to get you curious. Maybe you can give me some feedback of the type of things that we can add.

So what am I talking about?

As I know that you’re saying Cloughie get to the point?

Well, it’s all about living for tomorrow. Because isn’t that the thing to do? live for tomorrow? Making sure that tomorrow is going to be awesome. And well, if you did that, would you make tomorrow Great?

There is a saying that tomorrow never comes? Well, it’s so does come because if you’re on a Monday like I am now I’m meeting somebody tomorrow on Tuesday, when I wake up tomorrow morning is Tuesday, tomorrow’s come today. I know it’s today. But it was tomorrow, yesterday. And yesterday’s gone. So today is tomorrow. And I created tomorrow by making that appointment. Sort of isn’t it?

But tomorrow never comes. And we can make tomorrow great. But sometimes there’s that thing. If you don’t put Tuesday as being tomorrow, let’s use a date now and a calendar. If time is anything other than a construct, then we put it in a diary. So we’re just heading towards a particular date, not necessarily tomorrow. If all we’re thinking of is well, not necessarily tomorrow, but in the future, when things happen. If this was to happen, or when I’ve got this in my pocket, or if I’ve got a bit more learning, I understand this or I’ve done that, then I will do this.

Some people are even dependent on the bloody weather, how I feel when I’m feeling more confident in this. That’s the BS of living for tomorrow, because then time slides. I’m sure you know that when you go, I’m going to set a goal. And I’m not quite sure when I want it. But I want it in the future. And guess what? A year later it’s still out there somewhere, because time slides into the future. If there is a future, I think there’s a future.

So to me, you can create a really good tomorrow. A really good future that becomes a now if you take action right now and I know that’s bloody obvious really isn’t it? Taking action right now. ,And a lot of people say and I do do, live in the moment. And I’ve talked about this just recently, living in the now. And if I haven’t, I will be because I’ve got notes on it. My mind’s got a little bit weird. Did I do it yesterday or have I set it for some time in the future? You see trying to make the future better? for you. For me? It all gets weird.

But I just wanted you to Muse before I go into a longer podcast on this. Do you put things off for tomorrow, the next day? some time in the future? And you might say oh, absolutely I never do that Paul. Never, never, never, never never. And then you start talking about stuff that put off because we don’t admit it to ourselves. Because you can think right at this moment, I’m not putting anything off. Well just think back backwards a little bit into the days of the now that has gone into the past of things that you were going to do and you still haven’t done them? What would happen if you just made a little list of those? Yeah, it could pee you off a little bit. Make you down. I know when I did this, I was looking at it and saying these have been on the list forever. And I still haven’t got around to doing them.

But there’s a reason for that. And I worked out mine but not here in this episode. This is because this is only a five minute quickie This is to get your juices flowing as it were. Because I want you to think about the things that you have put off. You’ve put off for the future, when the time is right.

Because I can guarantee you, very few Cloughie guarantees. But yeah, I know that you don’t fill up your whole day. If you do, you are the exception to the rule. And I if I had a hat, I take it off. But I know I don’t do that, I know so many other people who say they do, do not live and fill their day up completely with everything. So we’ve all got a bit of time, a little bit of time spare and we got a little bit of time, we could shuffle in the day right now.

So that’s what we’re going to be working on. I don’t want you to think about that now. But I want you to think about what are the things that you have still got in your mind to do? Maybe you’ve written them down. Or maybe they’re just like little wishes floating around. And one thing about wishes is, if we don’t do anything with them, if we don’t write them down for a start, they fade away into the ether, into the multiverse, and some other person picks them up and gets the idea of it and does it. We’ve all been there.

So just for a little while, I don’t know when the actual longer podcast will be around this. But just for a little while get a little notebook or a little piece of paper and a pen, pencil, a fountain pen, I love my fountain pen, get your little notebook. And just write down the things that you have been putting off for tomorrow. Not necessarily deliberately so, because there’s Yeah, there’s ones I’m putting off. Because I’m waiting for this to happen. I want to list of those. And a list of the things that you’ve actually have put off already, not consciously or unconsciously, or whatever. But they’re just there.

Let’s just take a little itinerary of those things. And then we can work from there. So this is a five minute quickie, which is taken, I don’t know about six or seven minutes. But I just want you to think of things so we can dive in deeper. Now if there’s anything in this, that as you make those notes and you go, Paul, I want you to make sure that you include this in the longer podcast, because this is something that’s going to be important to me. That I do create in the future. So when it slides into the now, boom, I’ve done all the work to create that reality, because I couldn’t create it right now. But I’ve done everything to create it. And if there’s something that you really need for that, let me know feedback@personaldevelopmentunplugged.com.

That’s the email. I’ll give you a personal reply. Might even send you a little gift. Who knows.

And they’ll create little golden nuggets for everyone else. I know that you know that too. So keep your ears open, your heart open, and just be around.

Okay, so that’s what we’re really talking about is doing a podcast in the future, isn’t it? What? Yeah, but, and there is a but. I don’t like buts, but there is a but. This one is going to happen because I’m going to create it because I need things to do I have steps to do and then we’ll do it. And then we’re gonna have fun making our reality a reality. I think I know.

Be there. Bye bye.

So 90 seconds. Now we all know stress is not good for us. Well too much stress is really bad. And you know it just builds up and builds up. What would it be like? If you could really deeply relax, really relax. Not just relax your muscles but your mind. Everything about you just deeply relax through hypnosis. You see what I’ve got is Well, I’ll tell you what I haven’t got. I haven’t got a guided meditation that goes down to the riverbank and makes you feel relaxed for the moment. But what I have got a two tracks one a longer track which guides your unconscious mind into deep relaxation to relax and be comfortable in the mind and the body is every muscle, every fiber of you, just deeply relaxing. So you can learn at the unconscious level, how to relax.

And then a slightly shorter length hypnosis track to allow you to go into deep relaxation instantly. And be there for just say, five minutes. So in between meetings or whenever you just want to relax so quickly, so easily, you can just go there for five minutes. And then in between, you can use a longer track to have that longer experience. Each time building up this skill of deep relaxation.

How do you get it? Well, basically, you just go to paulcloughonline.com, forward slash, relax, there you go. Two programs, go and have a look. I give you a little video about it as well. Have a little listen. What would happen if it didn’t work, well it didn’t work there’s a money back guarantee. So you have got nothing to lose. But what would happen and you got supersonically good at relaxing. Wouldn’t it be awesome? Teach your body how to just relax and your mind to just relax. Just enjoy. Go to paulclough online.com forward slash relax and check it out.

We are back seeing clients in person, if you are still anxious about this 121 we are more than happy to continue online sessions as we have been doing for ages with our overseas clients. As always it’s about having choice and what’s right for you.

For A Call Back Enter

We Can Help You With

Joseph Clough as feautured on "The Fear Factor" on ITV. 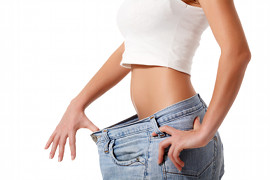